The miter saw is an exceptionally powerful and useful tool. With it in your possession, you can power your way through numerous blocks of wood in a short amount of time.

A miter saw can be a phenomenal addition to your workshop, but you first have to fully understand how to get the most out of it.

In this article, we will discuss how to use a miter saw and learn more about the tool itself. You will even be able to pick up some miter saw tips and tricks.

The Different Parts of a Miter Saw

Before we dive deeper into the basics of using a miter saw, let’s first discuss the components of one.

The Miter Saw’s Blade and Guard 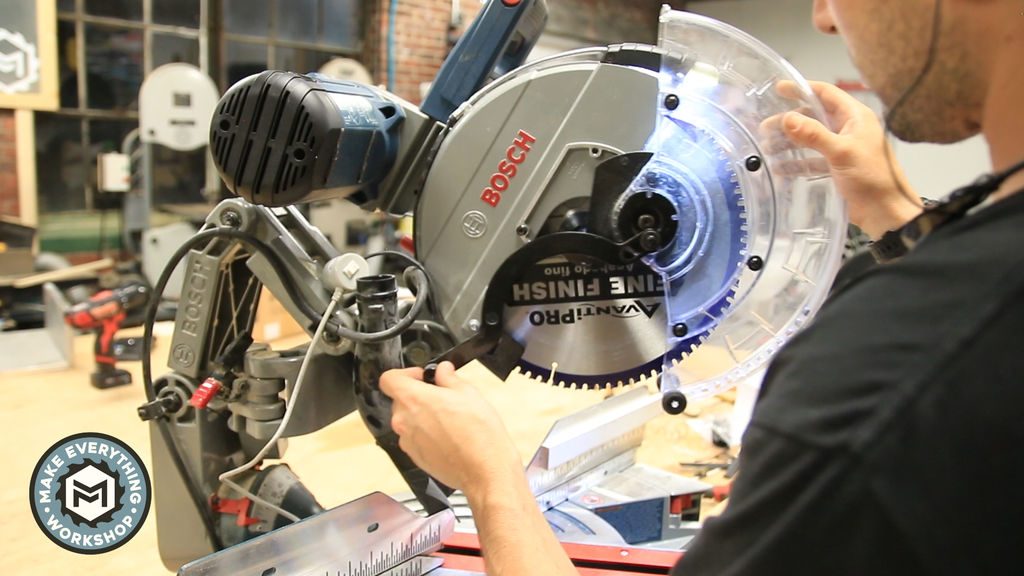 The blade and the guard work in concert all the time. The blade is filled with all those sharp teeth and it is the component of the saw that chops pieces of wood down to size. According to Lowe’s, blades with more teeth are better suited for creating smoother cuts.

As for the guard, that’s the part of the miter saw responsible for keeping your fingers intact. 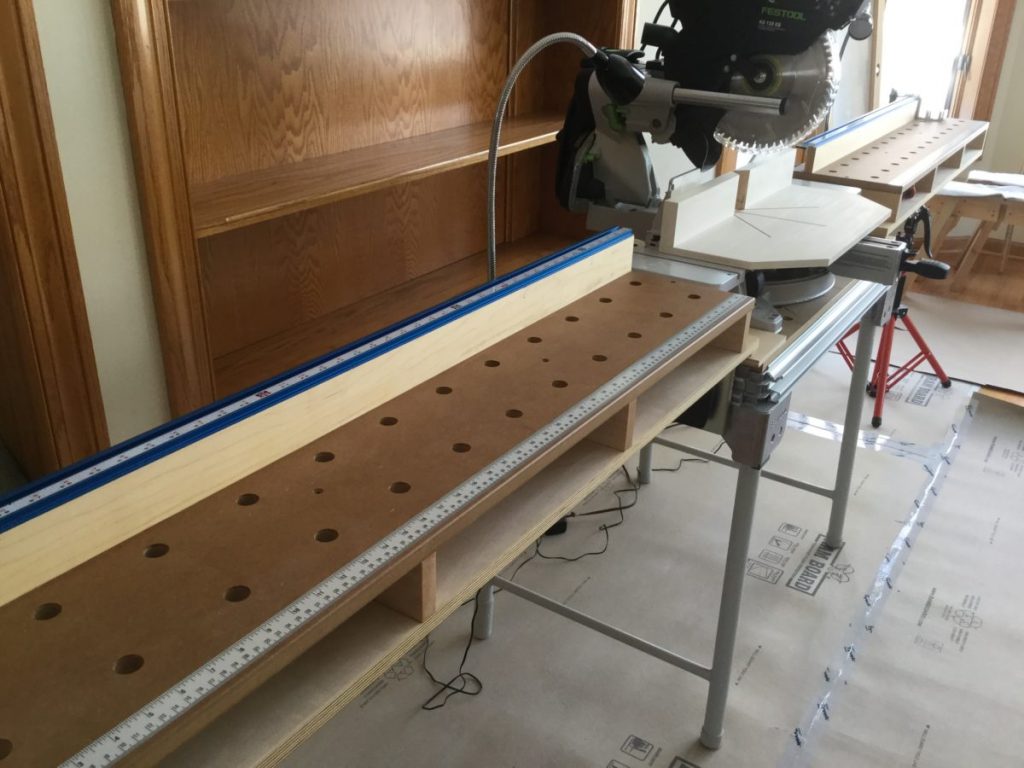 With no fence included on the miter saw, the pieces of wood being cut could end up flying all over the place. Obviously, no one wants that. Your fence will keep the lumber right where it needs to be and it will also help you create more perfectly aligned cuts.

The Miter Saw’s Handle and Switch 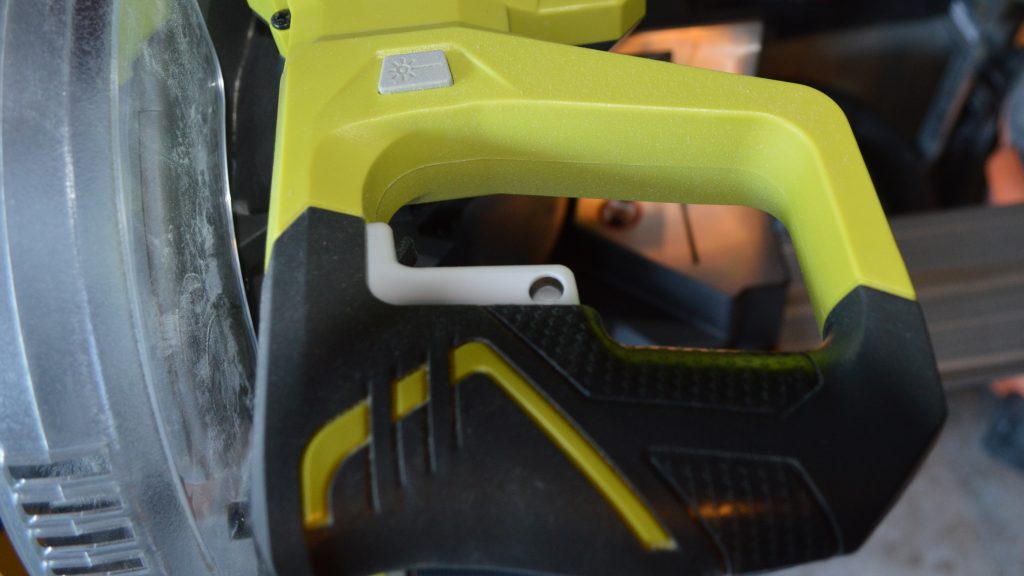 You want to see a comfortable and easy-to-grip handle featured on your miter saw. If it doesn’t fit those descriptions, you are opening yourself up to a possible accident. The switch doesn’t need to be anything special. All that really matters for the switch is that it is easily accessible. 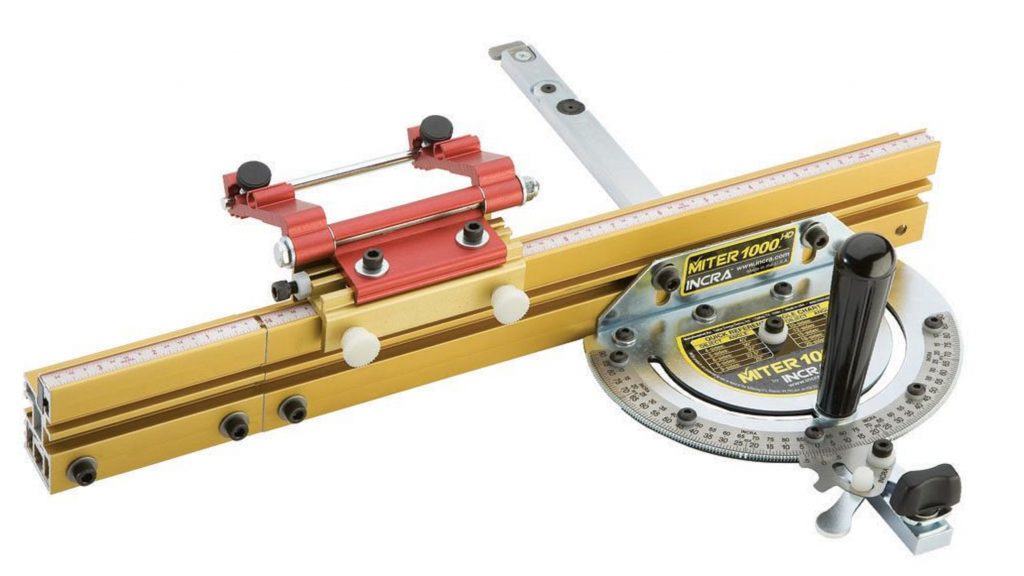 Miter saws excel at making crosscuts, but they can do more than that. The miter saw table is also known as the miter saw gauge. Using the gauge installed on miter saws, you can complete more complex angled cuts. The gauge plays a huge role in why the miter saw is such a versatile machine.

How to Use a Miter Saw: The Preparations That Must Be Made

You can’t just dive head first into using a miter saw. Some precautionary measures have to be followed first.

Safety should always be your priority. When it comes to the miter saw, the essential pieces of safety equipment include thick goggles and a mask that will keep the dust particles from your cutting at bay. If you’re not used to miter saws, you may also want to wear some earplugs and some boots for added protection.

2. Read and understand the included manual

Even if you do have previous experience working with a miter saw, you still need to go through the manual whenever you’re using a different one. These machines may all be designed to complete similar tasks, but they can go about doing so in different ways.

The big manufacturers love including specific features that set their machines apart from their competitors. Whether you’re trying to figure out how to use a Craftsman miter saw or a Ryobi miter saw, you need to completely understand how those special features work before you get started.

3. Check out the miter saw’s basic parts and the special features

Once you’re done reading the manual, you can start tinkering with the miter saw. The basic parts are the ones listed earlier in this article. You don’t have to do much with them, just make sure that they are working as intended. See if the guard is rolling out to protect you as intended, for example.

Getting a better grasp on the special features is tougher. For instance, certain Bosch saws feature the Axial-Glide System. You won’t find that on other miter saws so see how it works first before you turn on the machine.

Miter saws automatically unlock when you’re transporting them because they would be unsafe to travel with otherwise.

Answering the question of how to unlock a miter saw is pretty easy.

Additional locks will have to be disengaged if you want to properly use the miter saw. Find and loosen the knurled knob to widen the blade’s range of movement and press down on the lever to release the preset angle lock.

You can set the miter saw on the table once all the locks have been released.

5. Plug in the miter saw and start seeing how it works

Now is the time for us to turn on the miter saw. This is a crucial part of the process because you never know if some defective parts have been included and it’s better to know about them early on.

See how the blade itself works. It should be able to pick up speed quickly. You also want the guard to come down each and every time you pull down on the saw handle.

Start moving the gauge and the bevel angle too. Also check if the stops are locking into place as they should. If they aren’t, pulling off complex cuts will be harder.

It’s important to get the hang of using your particular saw before you start working on whichever creation you have in mind because there’s always a finite supply of materials.

Just remember to always be safe even while practicing.

7. Start using your miter saw for bringing your projects to life

You should now be adequately prepared to start using the miter saw for actually creating your projects. Don’t rush while doing so because that can lead to mistakes. Before making any cut, make sure that the blade is at full speed first.

If you want more pointers on how to create specific cuts with your miter saw, please continue reading below.

How to Create Different Kinds of Cuts

There are four possible cuts you can make with the aid of your miter, with those being the crosscut, the angled cut, the bevel cut, and the compound cut.

Begin by marking exactly where you want to cut the board. After that, set the miter gauge and the bevel angle to zero.

Next, bring the blade down and make sure that it is lined up just ahead of the marking. Cutting ahead of that marking or exactly on it will lead to the piece of wood ending up shorter than you want it to, according to this video posted by Lowe’s.

Turn on the saw next and just guide it to the wood below. Once it’s through the wood, turn off the blade. You should now have a clean crosscut.

You must know how to use a compound miter saw to pull off the rest of the cuts.

Before making an angled cut, you will have to mark the wood again. Once that’s done, you need to set the gauge for the specific angle you need.

Line up the blade again and remember to cut long instead of short.

Guide the blade down and you should have an angled cut as a result.

The process starts in the same way, which means marking the wood before doing anything else. This time around, you will want to set the gauge back to zero, but adjust the bevel angle to where you need it to be.

As always, line up the blade with the marking so that it doesn’t come up short.

Pull down on the handle of the miter saw and the bevel cut should be completed with no issue.

The compound cut may sound complex, but it’s quite easy to execute. Start again with marking the piece of lumber you’re cutting.

The next step involves setting the angles. For a compound cut, you will have to adjust both the miter gauge and the bevel angle. Set those to whichever angles you need and then turn on the saw.

With all that out of the way, you should be able to finish the compound cut.

Also, you can fine tune your miter saw if you are looking for more precise cuts.

To do so, just be gentler with adjusting the angles. You can even use a different block of wood and slide it under the piece you’re cutting to achieve a more specific cutting angle if your saw doesn’t tilt, according to Family Handyman.

We hope that you have enjoyed reading this in-depth guide on how to use a miter saw.

The miter saw can seem like an intimidating machine, but once you take the time to study it and practice with it, using it becomes a significantly easier process. You should be able to finish a bunch of miter saw projects in a single afternoon if you know how to properly utilize the power of this tool.

We thank you again for taking the time to read this article and please feel free to leave your thoughts about it below.